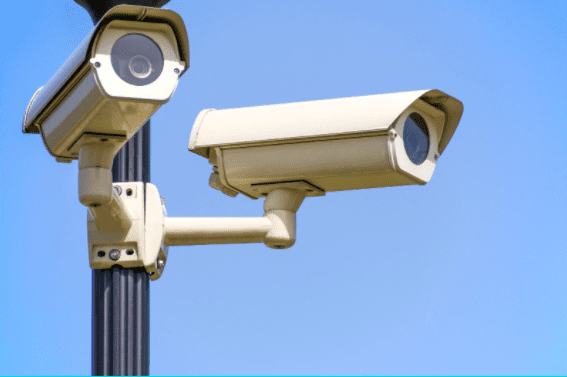 One of the difficulties that fix and flippers face is how to secure the property when the property is unoccupied (particularly evenings and weekends). The risk exposure of an unoccupied property includes the following:

And perhaps falling into the almost-impossible-to-believe category, there have even been instances of ingenious fraud, where someone gains access to a vacant property, claims to be the owner, and then rents the property to a tenant! This is different than a squatter—the “tenant” believes (rightly so) that he has legitimate occupancy rights.

How can a homeowner protect his unoccupied property?

There is no single solution that is guaranteed to protect the property from theft, damage, and/or squatters. The potential approaches are many, and each has their advantages and disadvantages and associated costs.

One no-cost approach though, is to befriend the neighbors and enlist their assistance. The homeowner should provide neighbors with his cell phone number, advise them of the car he drives, and advise them of who is expected at the property and when. Offer them the opportunity to park in the driveway of the unoccupied property (when not needed by contractors).

Some low-cost approaches are discussed below:

Our research suggests that there are a number of more involved approaches that can be taken, each of which will be discussed in turn. These include:

Installing an alarm system. There is a seemingly endless list of alarm systems to choose from. Which one to choose will depend on what features are most important and what cost the homeowner is willing to bear. Some alarm systems are audible only; some record video; some allow for control and monitoring via cell phone and computer; some are connected to law enforcement; etc. One consideration might be whether or not the alarm system is portable, if the fix and flipper would like the option of being able to move it to another location as properties are completed. There are even motion sensor alarms where motion will trigger the sound of a dog barking.

Using a canine protection service. Several people who weighed in in online forums about protecting vacation property mentioned that there are companies that offer dogs that will be dropped off for a shift protecting a vacant property and then picked up again when their shift is over. In a survey of inmates in the Oregon Department of Corrections who were serving time for burglary, one respondent stated, “Dogs are a deal breaker for me…Big breeds, home protectors are the best to keep people out.”

Hiring a watchperson. A number of people who commented on this issue in online forums recommended having someone stay onsite—either inside the house, if at all practicable, or in a small travel trailer on the property. Whether or not someone can stay inside will of course depend on the extent of the renovations and how hard it might be to work around someone living there. This is by far the most effective way to ward off potential intruders.

Physically securing the property. Physically securing the property encompasses everything from making sure that locks are re-keyed from the former owner, making sure that doors and windows (especially basement windows) are locked with sturdy hardware, and installing door and jamb reinforcement plates. A physical barrier is also an option—such as temporary chain link or other fencing. This can be combined with a privacy screen to prevent visibility into the job site (though that has the unintended consequence of shielding would-be intruders from sight).

It may also be advisable to physically secure HVAC systems that are located outside with bars.

Another approach for addressing the risk of theft or vandalism to an unoccupied property is to take out vacant property insurance.

Of course, any of these approaches can be combined for a multi-layered response to the risk of theft and/or damage. It is hard to say which combination of the above suggestions will prove the most beneficial. While security options become ever more sophisticated and varied, the ingenuity of would-be thieves knows no bounds. Convicted felons who weighed in on what did or did not discourage them were not unanimous in their responses. One might say that a visible alarm system was a deterrent; another might say that an alarm system highlighted the fact that there were valuables inside that the homeowner was seeking to protect. Similarly, while interior lights and shades drawn at night might deter some, others saw that as an obvious sign that no one was home. Patterning the lights to replicate movement from downstairs to upstairs at nighttime might help. Again, though, there is no surefire solution—only ways to mitigate risk.

© Pimlico Capital 2022. All rights reserved. *All loans subject to underwriting and approval.
Rates may change with market conditions.